Sing Out Against Cancer Christmas 2016 is £3,600 Magnificent total for Macmillan Cancer Support Well done to everyone Members of Leighton Buzzards Children’s Theatre and The Advance Theatre Company raised £3,600 for Macmillan Cancer Support during December when they held their “Sing Out Against Cancer” events. Events that members enjoyed included singing at sheltered housing establishments, the St Barnabas Christmas tree festival, the Otters Swimming Club, Milton Keynes Shopping Centre, local supermarkets, Women’s Institutes and also included fundraisers at The Leighton Buzzard Theatre with The Advance Theatre Company production “Have Yourself A Merry Little Christmas” at at The Vandyke Theatre with “LBCT Sing Out Against Cancer” The group which has been singing out against Cancer each year since 1995 were very pleased with the terrific total this December. The main events were led by directors Sally Allsopp, David Allsopp and Hayley Green. Spokesperson Sally Allsopp who started the “Sing Out’s” 21 years ago said “There were over 130 performers involved this year- the atmosphere at every event was wonderful- people were very generous and we are very proud of everyone who has been involved. To raise this amount is terrific and means a lot to all our members from the youngest in The Mini Theatre to the oldest in our Youth Section and Advance Theatre Company and of course all our team of volunteers” The group which has raised over £85,000 for local, national and international charities since 1995 regularly performs locally. In 2016 productions included Bugsy Malone, Take Away, Side by Side by Sondheim and many more. 2017 will bring more charity performances and opportunities for local young people age 4-18 in LBCT with The Advance Theatre Company for those 16-99! Groups of performers are also available for community and corporate events each of which is tailored to need. Details of the 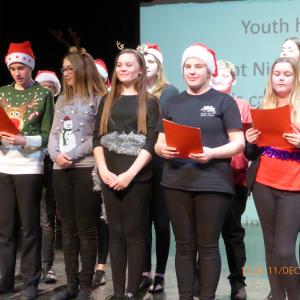 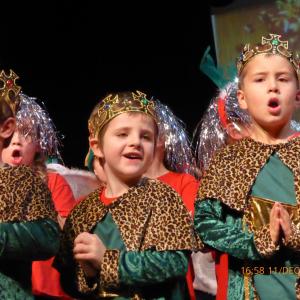