A beautiful, compelling play which I loved for its simplicity. Just goes to show how a small cast, each player outstanding, can deliver such a complex, yet fascinating study of character relationships but more importantly how a community can be held together. Reminds me of the special feeling of being a part of the LBCT community.

Oh, and thank you, for your overwhelming kindness at the interval. I love you all. And I'm coming back.

But don't ask me how I feel inside, I won't know what to say. So goodnight children.

A Ring of Roses was Lbct Youth Section's first show since I left and I can honestly say I wish I'd never had to. It was incredible. The cast was absolutely perfect. Seb Cridland and Rosie Brooks' singing blew me away and their love story was so genuine (for obvious reasons). Will Faulkner and Alexander Beilby made a very humorous, albeit morbid, duo as gravediggers. Karl Rushby made for a mysterious yet troubled stranger. Josie Derland's caring nature really shone through as mother, and Jenni Mann as Abby was outstanding. Corinne Hubbold, Jess Amey and Emma James were some of the scariest hags I've ever seen. Amber Kearney's Geoffrey the hypochondriac was brilliantly convincing. Matt Wallis played a fantastic Peter the bully despite being nothing like the character in real life. Juliette Flach as Alice was one of the bravest characters on the stage. The legend that isThomas Harriman was absolutely hilarious, as was Morgan Dewberry. Jacob Townson and Helen Mountford were one of the cutest couples I've ever seen on stage and both played their individual roles remarkably well. Of course none of it could have been done without the rest of the chorus who were exceptional, and a special mention to Emily Parrott who soldiered through despite being ill. Well done everybody. 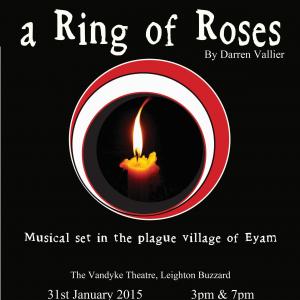 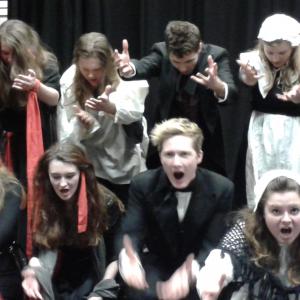